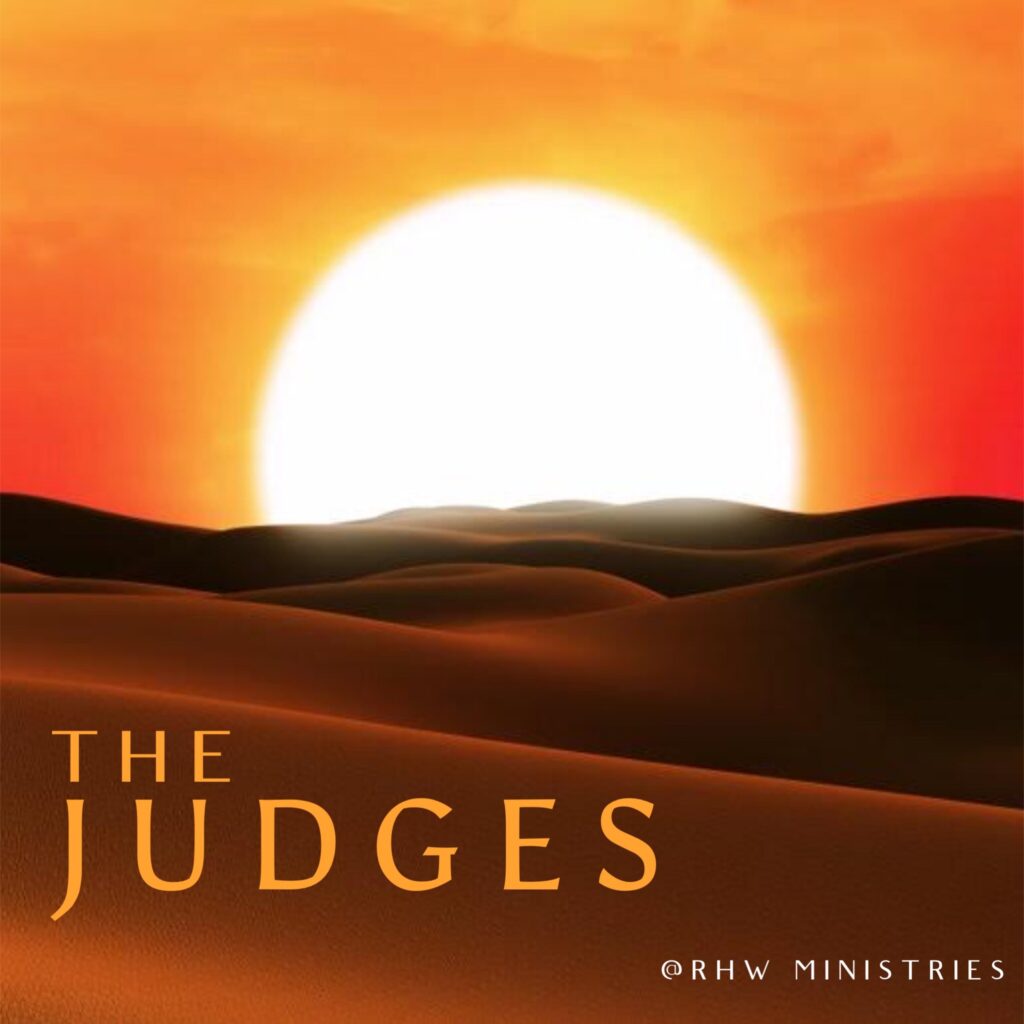 The angel of the Lord went up from Gilgal to Bokim. He spoke to the people of Israel there and said: “I brought you up from Egypt. I led you to the land I promised to give to your ancestors. I said, ‘I will never break my agreement with you. But in return, you must not make an agreement with the people who live in this land. You must destroy their altars.’ But you did not obey me. How could you do this? Now I will tell you this: ‘I will not force out the people in this land. They will become your enemies. Their gods will become a trap for you.’” Judges 2:1-3

After Joshua and all the people who came from Egypt died off, God raised up political / religious leaders to guide the people in times of oppression from their enemies. The era of the judges highlights the core principles of God’s law brought by Moses:  Obedience brings peace and life. Disobedience brings oppression and death. These stories remind us God’s judgement for sin is sure to come. However, forgiveness of sins with restored relationship is equally as certain for those who turn to Him in true repentance.

The people of Israel served the Lord as long as Joshua was alive. They continued serving the Lord during the lifetimes of the elders who lived on after Joshua. These men had seen all the great things the Lord had done for Israel….  After those people had died, their children grew up. They did not know the Lord or what he had done for Israel. So they did evil and worshiped the Baal idols. They did what the Lord said was wrong. The Lord had brought the people of Israel out of Egypt. And the ancestors of these people had worshiped the Lord. But the Israelites quit following the Lord. They began to worship the gods of the people who lived around them. That made the Lord angry. The Israelites quit following the Lord and worshiped Baal and Ashtoreth. The Lord was angry with the people of Israel. So he let robbers attack them and take their possessions. He let their enemies who lived around them defeat them. They could not protect themselves from their enemies. When the Israelites went out to fight, they always lost. They lost because the Lord was not on their side. The Lord had sworn to them this would happen. So the Israelites suffered very much. ~ Judges 7; 10-15

This section of scripture shows us the cycle of sin, judgement and repentance that the people of Israel repeated over and over. This is the cycle all humanity repeats over and over again. As one godly generation dies off, the next generation either wasn’t taught the ways of God or they simply fail to follow God because the temptation of sin is so great. The responsibility lies on the family leaders. When one generation fails to teach the next generation how to follow God’s laws, the cycle of sin is sure to continue.

Even in the face of all Israel’s consistent rebellion to God, He faithfully continued to deliver them from their oppressors. This deliverance wasn’t because of the repentance on Israel’s part, but of mercy and compassion from the heart of a loving Father.

The judges, even with their flaws and weaknesses did save Israel from their enemies. But through it all the people of Israel continued to insist on having a king like other nations. They did need a king, but not the kind they thought. What they needed was The King, and Messiah, Jesus Christ who would bring true freedom from all the oppressors.

The most important lesson we can learn from the judges stories is that humanity is ingrained with a cyclical sinful nature. Unless we keep our focus on God’s Word and teach the younger generation God’s ways, humanity will consistently return to dark, evil ways.

The good news is our heavenly Father will always be there when we turn away from sin. When we call out to Him, He is faithful to deliver us from our enemies, even if that worst enemy is ourself. God will bring us to a place of freedom and victory over any bondage we may suffer from if we continue to follow Him.

Be blessed by this worship song with Jesus Culture.